According to the GMI Research forecasts, the India Electric Vehicle Battery Market is estimated to touch USD 963 million by the end of 2026, growing at a CAGR of 25.3% during 2019-2026.

An electric vehicle has an electric traction motor and uses battery as a power source, in place of the internal combustion engine which used in the gasoline-powered vehicles. Majorly there are two types of battery used in an electric vehicle: Lithium-Ion battery and Lead Acid battery. The lithium-ion batteries have a high power-to-weight ratio, higher energy efficiency, and perform effectively even in high-temperatures. The lead-acid batteries are widely used in electric vehicles to supplement other battery loads.

To have an edge over the competition by knowing the market dynamics and current trends of “India Electric Vehicle Battery Market”, request for Sample Report here 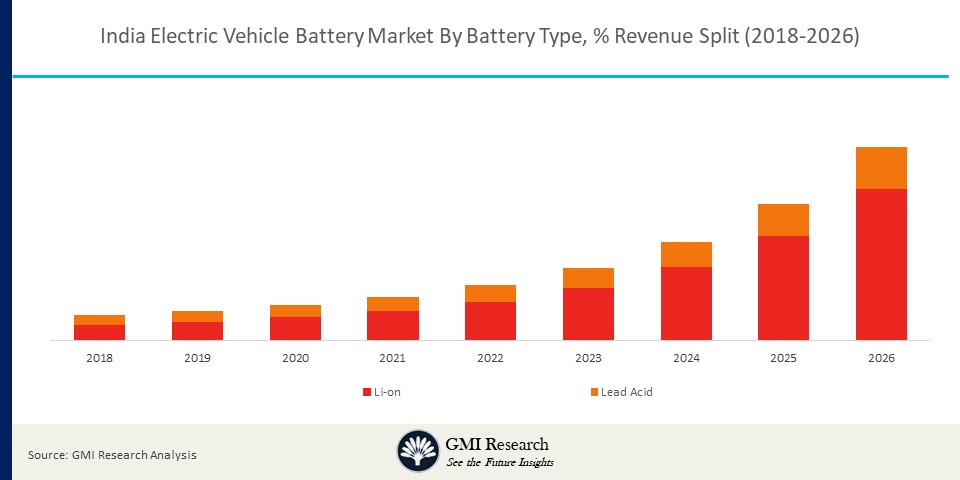 The rising environmental concerns, followed by the increasing number of government initiatives to reduce carbon emission by incentivizing electric vehicles, are the significant factors contributing to the growth of the India Electric Vehicle Battery Market. In parallel, the leading manufacturers are heavily investing in technological development to capture the growing demand of the market in the coming years. Additionally, the increasing supply of raw materials, along with the continued deduction in the price of batteries, will have a positive impact on the growing demand of the market. The reduction in GST rates and increasing subsidies on commercial electric vehicles implemented by the Indian government will further energize the demand of the market. 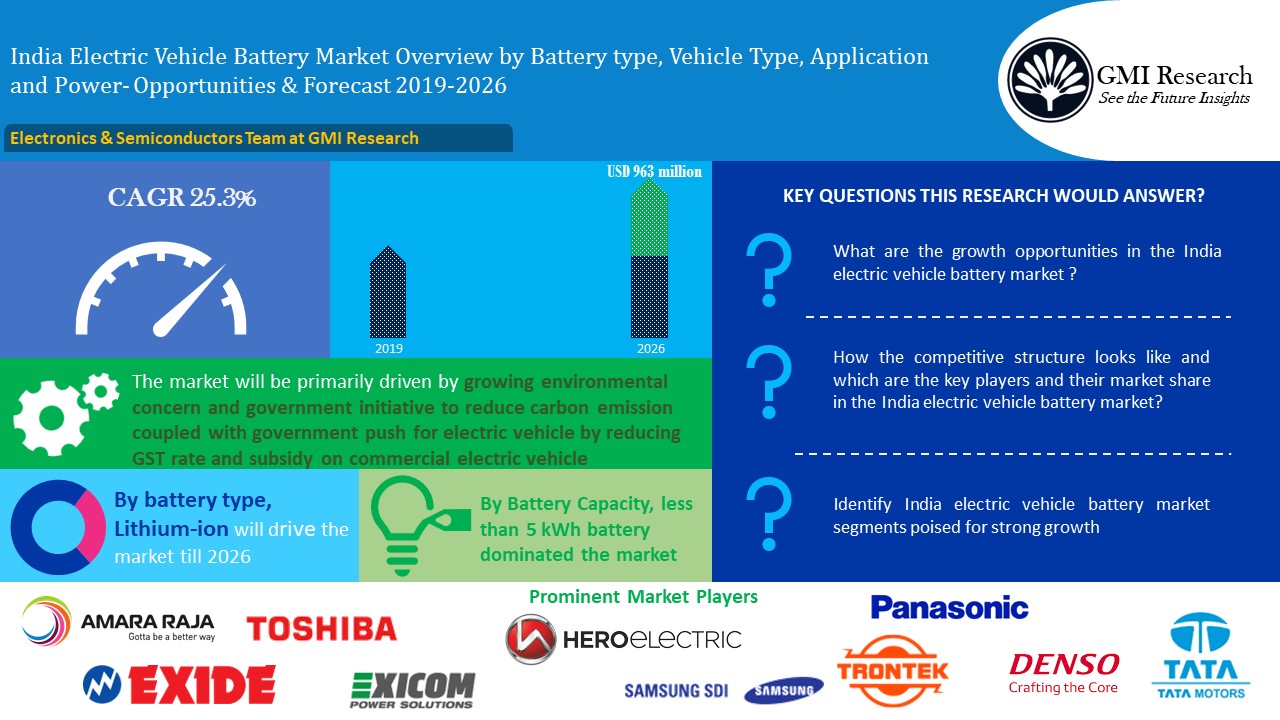 Based on the battery type, the Li-ion segment is expected to lead the market during the forecast period. This is attributed to the increasing number of subsidies launched by the government and tax benefits for manufacturing li-ion batteries under the Modified Special Incentive Package Scheme(M-SIPS). Furthermore, the sharp fall in the price of li-ion batteries and the exceptional benefits offered by the li-ion batteries, such as fast charging, lightweight, compact size, and longer life span, will attract many end-users to opt for vehicles using these batteries rather than other types of batteries. The Li-ion segment is further segmented into Lithium Nickel Manganese Cobalt Oxide, Lithium Manganese Oxide, Lithium Manganese Oxide, and others. The Lithium Nickel Manganese Cobalt Oxide (NMC) is expected to grow at a higher CAGR over the forecast period due to its remarkable advantages, including higher energy and density, long life cycle, safety, and less charging time at low cost.

Based on the vehicle, the Four-Wheeler segment especially electric car is predicted to dominate the market during the forecast period. This is due to the strong demand for electric cars in India, driven by the rising population rate. Moreover, India’s government is providing subsidy to states to set up 5,000 charging stations in cities and on highways across the country, which will boost the demand for four-wheeler electric vehicles.

In case, any of your pain points areas are not covered in the current scope of this report, Request for Fee Customization here

Based on Battery Capacity, the Greater than 15 kWh segment is projected to grow at a higher CAGR over the forecast period. This is attributed to the increasing demand for high range electric vehicles across the country.

Leading Market Players (Option: As a part of the Free 25% Customization – Profiles of 5 Additional Companies of your Choice)